An open discussion between the President of the European Central Bank (ECB) Christine Lagarde and the Governor of the Central Bank of Cyprus (CBC) Constantinos Herodotou with approximately 100 students from Cypriot universities was held with great success on Tuesday, October 4, 2022, at the premises of the CBC.

Α question and answer session took place, covering a wide range of current topics that are of interest to the students and the civil society at large. President Lagarde and Governor Herodotou had an open discussion with the students, who did not hesitate to ask insightful and apt questions.

The discussion was broadcast live on the CBC's YouTube channel. You can watch the entire discussion at the following link: https://www.youtube.com/watch?v=Pc-k87nNkoI

President Lagarde is in Cyprus ahead of the non-monetary policy meeting of the ECB’s Governing Council, which will take place on Wednesday 5 October and is organised by the CBC, following an invitation by Governor Herodotou. The meeting will be followed by an informal meeting on Thursday 6 October. 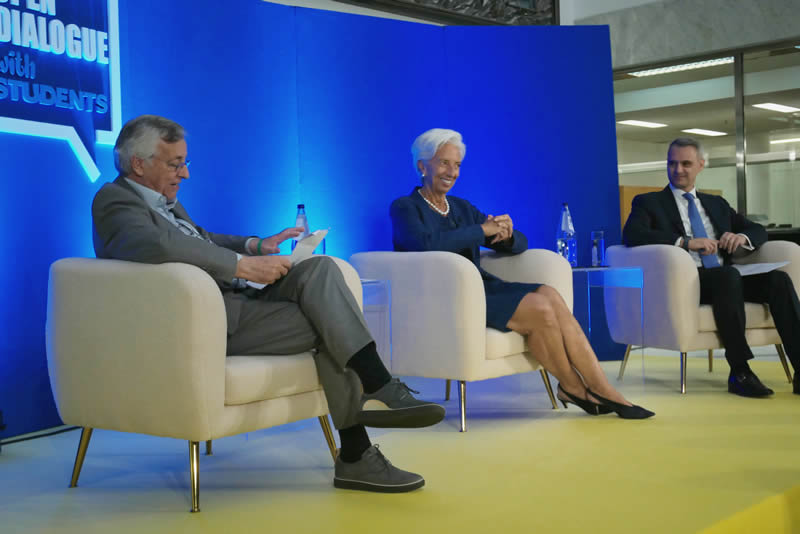